PCGS Expands In Asia: Opens Office in Shanghai And Begins Partnership With Prominent Companies in China

PCGS Expands In Asia: Opens Office in Shanghai And Begins Partnership With Prominent Companies in China

PCGS will make grading and authentication of modern Chinese coins dated after 1970 and vintage Chinese coins from the late 1700s to the mid 20th century locally available in mainland China. 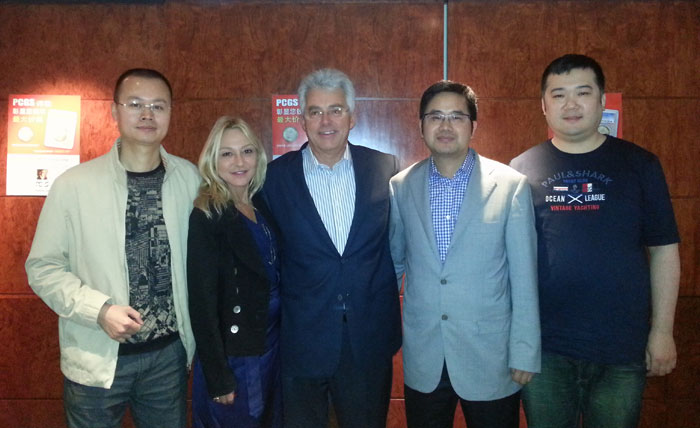 "Interest in collecting and investing in coins continues to grow in China.  In 2013, over 11 million silver and gold Panda coins will be produced for collectors, and even more mintages are to come in future years.  PCGS, as a division of Collectors Universe, Inc., is the only publicly traded third-party grading service with the highest level of transparency and security.  PCGS will bring the world’s leading service to the coin collector community in mainland China.  PCGS’ grading and life-long guarantee of authenticity will help establish and maximize value and add liquidity to the coins," said Mr. Don Willis, President of PCGS.

"Quanping, a newly formed company coordinated by Mr. YU Jiwei who is the Chairman of www.Jibi.net, will be the official and exclusive agency handling coin submissions on behalf of PCGS in mainland China,” continued Eymery.

The portal (www.jibi.net) is the most influential source for coin news and an important marketplace with the largest outreach to the modern coin community in China.

"We will leverage resources at Jibi.net to promote PCGS in China.  I am confident that our synergy with PCGS will help create a vibrant marketplace benefiting collectors and dealers, modern and vintage alike and define a new era for  the Chinese coin community,” said Mr. Yu Jiwei.