PCGS-graded coins are very popular among collectors.  Many coins sold for significantly more than their pre-auction estimates and some coins established new records.

"Though the Chinese numismatic market has softened quite a bit from the peak of two years ago, collectors are still willing to pay a premium for rare coins with a pedigree, especially if they are graded by a third party grading service like PCGS," explained Mr. Ma.

"Thank you very much (PCGS) for your prompt and professional service. I am extremely happy," said Dr. Kevin Cheung, a senior numismatic expert at Spink's.

Among the highlights of the Spink's auction were: 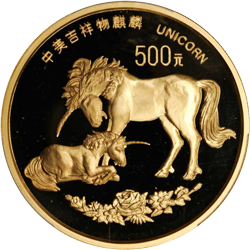 Highlights from the Ma Tak Wo-Baldwin's auction include:

Highlights of the Stack's Bowers and Ponterio auction included: 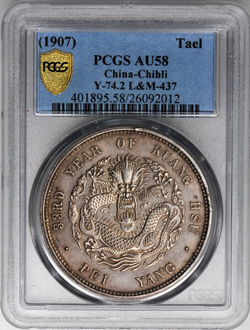 "The results of the auctions once again show that collectors and dealers in Asia and around the world know that certification with the PCGS guarantee of authenticity and grade helps maximize the value and the liquidity of their coins," said Mr. Don Willis, PCGS President.

"PCGS definitively stands out as the premier choice for the most respected rare coin collectors and dealers. The collections which we were entrusted with to grade at this last show and the prices realized at the auctions are vivid confirmation of the trust in PCGS standards, our grading expertise and guarantee," said Ms. Muriel Eymery, PCGS Vice President of International Business Development.

"The reholder special was also well received as a way for Asian collectors to experience PCGS' new holder and tri-view gasket for the Trade Dollars.  We look forward to continuing to provide service to Asian coin lovers with the bimonthly Hong Kong Express and during the next on-site vintage/modern grading week during the next HICC show in August!"

Coins can be conveniently submitted to the PCGS Asia Submission Center in Hong Kong or through a network of PCGS Authorized Dealers throughout Asia, Southeast Asia and the Pacific rim. A complete list is available at http://www.PCGS.com/dealers.